In Defiance Of Arrests, Protests Erupt Again In Venezuela

Now to Venezuela where violent clashes continue between antigovernment protesters and national guard security forces who are using water cannons and tear gas to break up demonstrations. On Friday, dozens of people, including journalists, were arrested. And on Saturday, more protests erupted around the city. So far, 18 people have died.

Joining us now in Caracas is reporter Girish Gupta who has been covering the unrest. Girish, tell us what things are like there today.

GIRISH GUPTA: Well, today, we're seeing something that we see quite a lot in Caracas and all over the country. Actually, we're seeing a big march, probably about 10,000 people, 10,000 opposition supporters meeting at various points across the city. However, what we are also seeing and what we have seen over the last month is the violence that you mention. I expect to see the tear gas and the rubber bullets and the burning barricades in the streets in these protests and in the violence.

RATH: Venezuela's economy is in trouble. Inflation is high, there are shortages of basic items. Is that what the protests are really about?

GUPTA: Yes, it's exactly right. And also, outside a soup market, there was a line of over 1,000 people. And they were just buying flour, milk, real basics. And this is something they told me that's been going on for a year at least. You're also seeing inflation, which is one of the highest figures in the Americas at least. And that's at 56.3 percent over the last year. (Unintelligible) crime. This is one of the most violent countries in the world. According to NGOs, around 70 people are killed here every single day. And that, for about the same population, is double the number of people killed in Iraq.

RATH: Who are the people protesting in the streets, and what do they want?

GUPTA: The people protesting here in Caracas are generally the middle classes. But across the country, you are seeing a different demographic of protesting. You're seeing people who are working classes, seeing older people, not just students. Now, what do they want? Well, that's the big question. I keep asking them this, and they want change. They want an end to the government of President Nicolas Maduro and the socialists that was brought about by Hugo Chavez 15 years ago.

But there's no real way for them to achieve that right now. In two years, there's a chance for a referendum, which the opposition could, of course, win, but that's two years away. They want some change a lot sooner.

RATH: Earlier this week, you were in San Cristobal near the border of Colombia. What is it like there compared to what you've seen in Caracas?

GUPTA: The city of San Cristobal is essentially under siege. But by its own residents, on every street corner, you see a burning barricade of trash, and an armored vehicle has been set alight and blocks the road there. All the shops are closed, all the restaurants are closed. It's very difficult to move about within the city. Teenagers strut around with slingshots, with petrol bombs. And so it's a very different scene to what we're seeing in Caracas. However, the aims are the same and the problems essentially, the economy, the crime remain the same.

RATH: Venezuela is Latin America's biggest exporter of crude oil. In January, the country produced 2.5 million barrels a day. Much of that was coming to the U.S. Is there a concern that the situation there, the unrest could affect the oil industry?

GUPTA: Now, in 2002, towards the end of that year, there was a major oil strike, which completely crippled the oil supply at this country. And it lasted about two or three months back then. Now, what happens after that 2002 event was that Chavez and the government sacked half the workforce and replaced them with government supporters. And that's still the case now. So it's very unlikely they'll go on strike, but it's, of course, a possibility and a means to re-cripple this government.

RATH: That's reporter Girish Gupta who's been covering the protests in Venezuela. Girish, thank you.

RATH: You're listening to ALL THINGS CONSIDERED from NPR News. Transcript provided by NPR, Copyright NPR.

Arun Rath
Beginning in October 2015, Arun Rath assumed a new role as a shared correspondent for NPR and Boston-based public broadcaster WGBH News. He is based in the WGBH newsroom and his time is divided between filing national stories for NPR and local stories for WGBH News.
See stories by Arun Rath 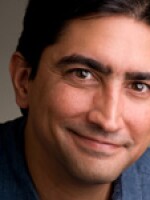 Arun Rath
Journalist Arun Rath is the new host of the NPR newsmagazine Weekend All Things Considered. The Saturday and Sunday edition has moved its broadcast to the west coast. Rath has had a distinguished career in public media as a reporter, producer and editor, most recently as a senior reporter for the PBS series Frontline and The World® on WGBH Boston. He has also worked for several NPR and public radio programs.
Girish Gupta
Latest News From WESA