AMY RADIL, BYLINE: Over the last year, Seattle designated new sites where homeless people can legally camp or park their RVs. These places are meant to be safer than unsanctioned camping along interstate right-of-ways or sheltering beneath overpasses. South of downtown Seattle, there's a camp known as the jungle where two people were killed and three were wounded in the shooting this week. Dozens of tents are tucked into a city greenbelt. Sofas sit in the open air next to fire pits. Donald Slyter lives here, but he wasn't around the night the shooting took place.

DONALD SLYTER: Thank God I was in jail when this happened 'cause I usually hang out there. I'd be hanging out talking to them all the time.

RADIL: Slyter says the victims' campsite was known for selling drugs and having a lot of cash around. He's sorry for his friends. Slyter has hung on here for years despite the city's attempts to move people out.

SLYTER: They give you 72 hours to move, but I move and come back. But I lived at that one plot for five years I had the house.

RADIL: That house was some plywood he'd hammered together. Eventually, it got bulldozed. Now, he lives in a tidy blue tent on packed dirt under the overpass. Downhill from this week's shooting at a busy intersection, state and city workers are cleaning up a trash-strewn campsite. The residents scramble to pack their belongings. Police officers and city spokeswoman Katherine Jolly stand nearby.

KATHERINE JOLLY: And so what's going on here is there is an encampment cleanup currently underway.

RADIL: Last year, Seattle performed more than 500 of these cleanups, up from 350 the year before. It's all adding to the sense of the crisis around homelessness and one reason Seattle's mayor declared a state of emergency. He hopes the declaration will help the city get state and federal funds. Advocates for the homeless have condemned these sweeps, saying they traumatize people and shelters don't have enough room anyway. Seattle Mayor Ed Murray disagrees with the term sweep.

ED MURRAY: The sweep was when you moved in and you just simply removed the homeless, took their stuff away and moved them off the spot.

RADIL: Murray says that's not the case here. He's allocated an additional $5 million for shelters, and he's about to announce a one-stop walk-in center where homeless people can find services.

RADIL: On these cleanups, Murray has clashed with the ACLU and homeless advocates like Alison Eisinger. She directs the Seattle/King County Coalition on Homelessness. But she applauds his efforts to establish legal tent camps and RV parking on city property. These are places with more oversight and access to dumpsters and toilets.

ALISON EISINGER: These are the kinds of very pragmatic suggestions that many people have been offering for years, and it really was not until this administration that there was a willingness to undertake that.

RADIL: This week, the so-called One Night Count took a snapshot of homelessness around the country. It found the number of people sleeping outside in King County, where Seattle is located, up 19 percent over a year ago, and that's after a 10-year plan that was supposed to end homelessness here. For NPR News, I'm Amy Radil in Seattle. Transcript provided by NPR, Copyright NPR. 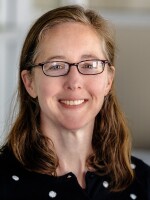