"How does the scar forgive the knife?" So begins the heart-wrenching lament of Grammy-nominated singer-songwriter Tift Merritt. This is just one of many beautiful, Americana-drenched, self-penned sighs from her sixth studio release, Stitch Of The World, recorded over the course of four days in Los Angeles and co-produced by Iron & Wine's Sam Beam. (Beam also appeared during this taping of Mountain Stage's 33rd anniversary celebration.) Merritt made her sixth appearance on Mountain Stage with this performance of "Heartache Is An Uphill Climb," recorded live in Charleston, W.Va. 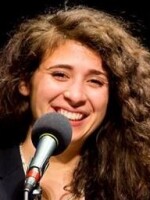