'Outcast' Will Make You Fall In Love With Liz Brasher

Note: NPR's First Listen audio comes down after the album is released. However, you can still listen with the Spotify or Apple Music playlist at the bottom of the page.

Getting to know a new artist's music can feel like falling in love. One's senses are awakened, and every nuance is noted and internalized. When it comes to Liz Brasher, this is especially true, as each layer brings forth new things to ponder. There is, first, the remarkable instrument of her voice, which can deliver a power-pop howl as easily as it croons a stormy country ballad. Then the guitar captures you, at once crunchy and percussive. Even the way Brasher tacitly communicates with her bandmates in a live setting conjures smiles. The joy radiates off the stage.

We've been following Brasher (pronounced BRAY-zher) since the beginning of 2018, when she was tapped as an NPR Music Slingshot artist. Since then, we have eagerly awaited the arrival of her first official EP, Outcast, to hit the streets on April 27. (A full-length debut, Painted Image, will follow later this year.) Brasher and band have been busy playing out, making the rounds at SXSW, in Europe with Anderson East and Rod Melancon, and are now doing dates around the country with Ohio's Red Wanting Blue.

Make no mistake, Brasher is comfortable with it all: From the garage-fueled title cut to the pure tone of the sultry ballad "Remain," and from the girl group throw down of "Cold Baby" to the haunting riff of the first single "Body of Mine." Her music is like turning a prism to behold all the colors of refracted light.

Brasher, now a Memphis resident, grew up in North Carolina where she attended a Baptist church and sang Spanish in the choir. She is Dominican and Italian, and Southern to boot, so she claims a lifetime awareness of otherness as well as a rich heritage of duality. Her upbringing provides a kaleidoscope from which to draw. At the age of 27, she has synthesized the rock and roll of yesteryear and accumulated a surprising knowledge of and reverence for its history. That might help to explain her singular sound, which when coupled with her abundant inherent talent produces a big bang all its own. 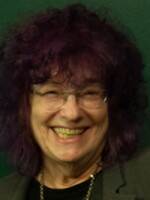 Jessie Scott
World Cafe Nashville correspondent Jessie Scott is a 50-year radio veteran, and is currently the program director and afternoon drive host at WMOT Roots Radio in Nashville. She has spent the last couple of decades nurturing, curating, writing, and creating audio and video, in an effort to tell the story of American roots music.
See stories by Jessie Scott
Latest News From WESA