Fantastic Negrito Takes The Pain And Makes It Rock On 'How Long?'

James Baldwin once famously said that "To be a Negro in this country and to be relatively conscious is to be in a rage almost all the time." On his new single, Fantastic Negrito lends his mighty voice to that rage, and to the grief from which it is born. "How Long?" is a challenge to each and every one of us, simultaneously exhorting Black people to recognize that "we gotta fight" and slinging an uncompromising demand for progress at the entire world. It is easy, in memorializing the tragic deaths of our brothers and sisters, for Black artists to slip into melancholy. It is the nature of our musical forms, however, to take that pain and make it rock. As one of several contemporary Black artists bringing heavier sounds to the blues, Fantastic Negrito is uniquely well-equipped to do so.

He does not disappoint. "How Long?" grooves throughout, from the percussive acoustic guitar under the verses to the electric roaring along in the chorus. Fantastic Negrito has admirable control over his vocal timbre and uses it to great effect, matching the intensity of the instrumentation as he swings between hoarse whispers and full-throated roars. The song is a lament for the state of the world, but it does not depress the listener; it electrifies. "How Long?" is both a testament to and an embodiment of the intensity of the current political moment. 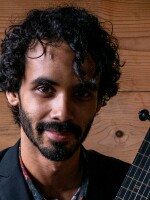