Asha de Vos: Why Are Whales Essential To The Health Of Our Oceans?

Asha de Vos is an internationally acclaimed Sri Lankan marine biologist, ocean educator and pioneer of long-term blue whale research within the Northern Indian Ocean. She is also an Adjunct Research Fellow at the Oceans Institute of the University of Western Australia.

Her work has been showcased internationally by the BBC, the New York Times, TED and National Geographic to name a few. Amongst her many accolades Asha is a TED Senior Fellow and was listed on the BBC 100 Women 2018 list of most inspiring and influential women from around the world and awarded an inaugural Maxwell-Hanrahan award in field biology in 2020 whilst also being named scubadiving magazine's Sea Hero of the Year in 2020.

This segment of TED Radio Hour was produced by Katie Monteleone and edited by Sanaz Meshkinpour. You can follow us on Twitter @TEDRadioHour and email us at TEDRadio@npr.org. 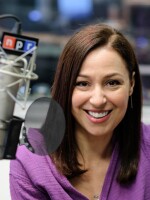 Manoush Zomorodi
Manoush Zomorodi is the host of TED Radio Hour. She is a journalist, podcaster and media entrepreneur, and her work reflects her passion for investigating how technology and business are transforming humanity. 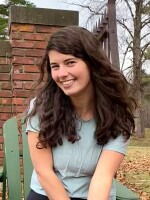 Katie Monteleone
Katie Monteleone is a producer for TED Radio Hour. She started out as an intern for the show in January 2019. After her internship, Monteleone began producing for Life Kit before returning to the TED Radio Hour team in October 2019 as a full-time producer.
Sanaz Meshkinpour
Latest News From WESA