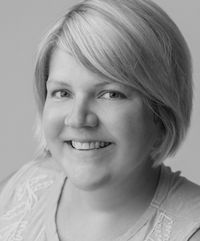 In 1994, Reviving Ophelia was published, and it shone a much-needed spotlight on the problems faced by adolescent girls. The book became iconic and helped to reframe the national conversation about what author Mary Pipher called “a girl-poisoning culture” surrounding adolescents. Over 25 years later teens and their caregivers are confronting many of the same challenges Pipher wrote about originally, as well as new ones specific to today. In this revised and updated Reviving Ophelia, Pipher and her daughter, Sara Pipher Gilliam (who was a teenager at the time of the book’s original publication), have incorporated new issues for a 21st-century readership. In addition to examining the impact that social media has on adolescent girls’ lives today, Pipher and Gilliam explore the rising and empowering importance of student activism in girls’ lives, the wider acceptance of diverse communities among young people, and the growing disparities between urban and rural, rich and poor, and how they can affect young girls’ sense of self-worth. Sara Pipher Gilliam is a writer, educator, and activist. She has a master’s in creative nonfiction writing from George Mason University, and a master’s in education from Doane University. She is Editor-in-Chief of Exchange, a leading magazine for early childhood professionals.