How Area Political Science Professors Are Teaching The Impeachment Trial

“There are times we all just kind of stop and we'll say, ‘OK, in the first five or 10 minutes of class, let's just take a step back. What just happened? Let's review the facts. What questions do you have about the difference between impeachment and conviction?’” Shineman said.

Students have shown a lot of political engagement, she said, which leads them to ask more questions. She said she feels an obligation to give her students a general education on politics and how to identify reliable news sources.

Kristen Coopie, director of the Pre-Law Center at Duquesne University, said she shares a similar sense of duty. She says she feels responsible for teaching political processes and traditions to her students to help them better understand events like the impeachment trials.

Coopie said many of her students watched the insurrection at the U.S. Capitol on Wednesday, Jan. 6 happen in real time, which she thinks will make it easier for students to understand and discuss.

“It was a single-day event. And I think it was shocking to a lot of people, regardless of your political affiliation with the first impeachment,” Coopie said.

She plans to give context to the impeachment trials by continuing to teach the groundwork of American politics and media literacy. 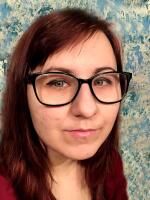