What Researchers Are Learning About Air Pollution And The Pandemic Shutdown

When the pandemic shutdown began in spring 2020, causing a sharp reduction in traffic — and with it, a decrease in nitrogen oxide emissions worldwide — researchers like Sally Ng saw a unique opportunity.

“I always think of air pollutants as a big pot of soup, and many things are reacting together in this big pot,” said Ng, an associate professor at Georgia Tech who studies aerosol chemistry and the health impacts of air pollution. “This opportunity provides us a way to take out one ingredient and look at the consequences on the other pollutants in the atmosphere.”

But air chemistry is complex and nonlinear, she said, so the decrease in a main ingredient for smog or ozone pollution in one place may mean more ozone, or less, or no change at all.

Exposure to nitrogen oxides can cause respiratory illness such as asthma attacks. Another pollutant studied by Ng, particulate matter, refers to tiny particles that can get stuck in your lungs and come from all kinds of things — cars, trucks, buses, power plants, and even cooking. Ground-level ozone and particulate matter worsen respiratory ailments such as asthma, emphysema, and bronchitis.

“The pandemic made it clear that traffic is an important source of pollutants for the air that we breathe, and it contributes to other pollutants that are hard to evaluate,” Ng said. “But the fact that we have this data will allow us to understand those interactions better.”

Springtime and the COVID-19 shutdown began simultaneously, creating a pivotal moment for air quality and the scientists who study air pollution. While the coronavirus raged through cities and across the country, air quality researchers were granted the gift of a natural experiment, one that would normally be very difficult to replicate. Ng said the data sets offer new information, but it may be another year before it can all be analyzed.

The Environmental Protection Agency keeps track of both ground-level ozone and particulate matter, specifically PM 2.5. Those are the regulated air pollutants caused by the burning of fossil fuels from power plants and cars, as well as industrial sites like chemical plants and refineries.

Philadelphia’s Department of Public Health measured a 22% drop in nitrogen dioxide and an 18% drop in PM 2.5 in the first month of the shutdown, which it attributes to stay-at-home orders and the drop in vehicle miles traveled, industries closed, airline miles flown, and boat/ship activities. But last spring, the EPA data for the Philadelphia region, which includes Wilmington and Camden, didn’t show a significant change in ozone.

An air survey conducted by the city over the past several years does show a dip in PM 2.5 last spring, but it’s unclear if that was due to the shutdown, or whether it is part of a trend of improving air quality across the board, or seasonal variation. Spring and fall bring cleaner air.

“I just see natural variability in the air, the normal year-to-year variability, it isn’t striking to me,” said Lelia Hawkins, associate professor at Harvey Mudd College in California. “It got cleaner in spring, but it always gets cleaner in spring.”

Hawkins studies air pollution in the Los Angeles area. She said small changes could be attributable to weather, such as more or less rain, for example.

“In summer, you’ve got this active photochemistry, the ozone issue, maybe stagnation, less rain,” she explained. “And then in the winter, you have heating. When it’s cold and you’re burning fuel. So winter and summer, for two different reasons, are when you have high pollution levels.”

For example, Center City had the highest average for PM 2.5, while the Northeast and Northwest sections had the lowest levels. The highest air monitor measurement, at City Hall, averaged 10.1 micrograms/cubic meter for PM 2.5, which is below the EPA National Ambient Air Quality Standard of 12 micrograms/cubic meter. The survey points out that the range among neighborhoods is not large, and all areas of the city showed average readings lower than the EPA standard.

The EPA’s National Emission Inventory data shows that vehicular traffic accounts for 40% of the city’s nitrogen oxide emissions, according to the survey results.

“This percentage may become even higher since a large local stationary source (PES Refinery) has shut down,” the report says. “The PAQS data, coupled with land use analysis, will provide us with better understanding of how road traffic is linked to emissions of PM2.5 and NO2. The finding that the Center City area, with heavy and congested vehicle traffic, has the highest PM2.5 and NO2 levels points to significant pollution contribution from vehicular emission sources.”

A recent study published in Environmental Research Letters estimates that tailpipe emissions caused 7,100 premature deaths in the Northeast and mid-Atlantic in 2016. Researchers at the University of North Carolina at Chapel Hill’s Institute for the Environment and the Center for Climate, Health, and the Global Environment at Harvard T.H. Chan School of Public Health used modeling to show that in the region that includes Philadelphia, Camden, and Wilmington, vehicle emissions caused 1,231 deaths total, with about 303 deaths occurring within the region and the rest as a result of tailpipe emissions originating in the Philadelphia region but traveling downwind.

Jonathan Buonocore, a research scientist at Harvard who co-authored the study, said this information could help inform policymakers.

“If policymakers are interested in designing transportation interventions in a way to reduce the health impacts of air pollution, this can help point the way toward figuring out where to put those dollars,” he said. ‘The Transportation Climate Initiative is one that’s a RGGI-style cap-and-invest program that’s being discussed for the Northeast.”

Buonocore said the 2016 EPA data shows health impacts in Pennsylvania from that type of pollution amounted to $13 billion.

With some office workers restarting their daily commutes, Lelia Hawkins said tailpipe emissions could rise, but the pandemic could also have a silver lining. 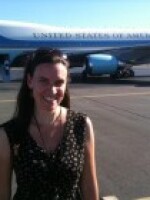