Workers at Planned Parenthood of Western Pennsylvania are celebrating the completion of their first union contract. The agreement comes after 20 months of negotiations with the reproductive health care provider.

The contract increases the hourly base wage for health care assistants, which make up the majority of the clinics’ staff, from $16 to $18. Crystal Grabowski, a health care assistant in abortion services and member of the union’s bargaining committee, said this disrupts a long history of undervaluing medical staff.

“Frontline health care workers are just notoriously underpaid and even more so for abortion access and reproductive access work,” Grabowski said. “Our roles are underpaid in terms of market rates. So to be able to significantly improve our wages was a huge win for us.”

Under the new contract, all health care assistants will be eligible to earn $20 an hour after three years of work with yearly increases until they reach that ceiling.

After 20 months of contract negotiations with PPWP, we have finished and ratified our first union contract!

We fought hard and now our members have won better pay and benefits and a real voice at work! #IStandWithPPWorkers

The contract also establishes seniority and health and safety language, as well as protections for parental leave policies.

The union, which is represented by the United Electrical, Radio and Machine Workers of America, includes 35 full and part-time staff members at the organization’s clinics in Pittsburgh, Bridgeville, Somerset, Johnstown, Greensburg and Moon. The staff overwhelmingly voted to unionize in March 2021.

At a rally in Pittsburgh this summer, union members said low wages and understaffing have undermined their ability to provide abortion care at the provider’s Downtown clinic. Staff said their workload doubled after the Supreme Court overturned Roe v. Wade, sparking patients from neighboring states with strict abortion laws, such as Ohio, West Virginia and Kentucky, to travel to Western Pa. for care.

In a statement Tuesday, Planned Parenthood’s President and CEO Sydney Etheredge said management respects and supports employees’ right to unionize, and hopes to create a great environment for its workers.

According to Grabowski, changes to the company’s employee health plan are among the union’s long-term goals. She said that demand had to be compromised to secure better wages. 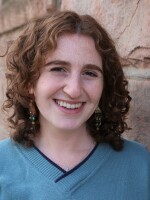