Nikkia Ingram’s responsibilities at Pittsburgh Brashear High School have outgrown her job title of school security officer. That's because what began as informal mentoring sessions during lunch breaks and weekends has grown to include the creation of a local nonprofit called Cultivating Resilient Youth.

Ingram spoke with 90.5 WESA’s Elaine Effort about the program and its focus on instilling young women and girls with the confidence and positive habits they need to be successful. Their conversation is part of our series 90.5 WESA Celebrates: 90 Neighborhoods, 90 Good Stories.

Ingram discusses how she began mentoring students in and out of school:

Working inside the schools, I saw there was a need for kids to have additional support for some of the things they needed to do. There was also a need to help them build self-confidence and navigate through their lives. Just making sure they had the support they needed to be successful.

I thought back to when I was younger and some of the additional help and supports that I needed. I wanted to make sure that I was that for the kids I was working with. So, I'd find time on my lunch breaks or stay after school with them. I started to meet them on weekends, get them job applications, drop those applications off. I’d help with homework. I would go online at night and find job leads, then I'd take it and give it to the kids.

They were very, very appreciative. Then they would let other kids know.

I've worked at Brashear High School for 10 years, and there are still students from 10 years ago who I still talk to today because of the relationships that we've built.

Ingram on the program’s academic focus:

So, we really make it fun and something that they can really strive for, to know that it's part of helping their self-confidence, helping them get into college, secure scholarships. What's really important is that its been a blessing to have girls from five years ago still come back. They mentor the girls that we have now, and they really build friendships and sisterhoods that last, which I've watched build up and continue for years.

Ingram on how the program has evolved to have a primary focus on young women and girls:

Originally, I started working with everyone—and I still kind of do—boys and girls. But one thing that I've witnessed throughout the years is that guys get a lot of support that girls don’t receive; we’re kind of like the forgotten ones.

The girls kind of tell me what they need, and then I provide them with it. So, we just had a speaker on the issue of domestic violence. We make sure that we're active during Breast Cancer Awareness Month. We talk about dating. Self-confidence. Self-worth. We talk about the school-to-prison pipeline, how it affects girls. Restorative justice, attitude.

We just work on being a woman, navigating in a male space, and owning it. We make sure that they're as strong as they can be, giving the women and the girls a voice. They kind of get pushed to the side a lot, so we try to make them powerful enough where they don't allow themselves to be pushed to the side. 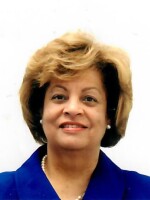