After several days of heavy rain in Los Angeles, the sun came out just as the 86th annual Academy Awards got underway at the Dolby Theater.

The big award of the night, for Best Picture, went to 12 Years a Slave. The film tells the harrowing tale of Solomon Northup, a free black man in New York who was sold into slavery. (See the below.)

The big acting awards went to Matthew McConaughey and Cate Blanchett. McConaughey won Best Actor for his role as a Texas man suffering from AIDS in Dallas Buyers Club, and Best Actress went to Cate Blanchett for her turn in Woody Allen's Blue Jasmine.

Gravity took home the most trophies: seven Academy Awards, including for director Alfonso Cuaron and for cinematography, visual effects and original music score.

The first award of the night went to Jared Leto, who, as many expected, won Best Supporting Actor for his performance in DallasBuyers Club.He dedicated his award to his mother, his date for the night.

"Thank you for teaching me to dream," he said.

Best Supporting Actress went to newcomer Lupita Nyong'o for her portrayal of a slave under the thumb of a sadistic master in 12 Years a Slave.

"It doesn't escape me for one moment that so much joy in my life is thanks to so much pain in someone else's, and so I want to salute the spirit of Patsey, for her guidance," she said in her acceptance speech.

Another widely predicted winner was Frozen, which took home the Oscar for Best Animated Feature. The Disney film has made more than $1 billion worldwide.

DeGeneres opened by poking fun at many actors in the crowd, including mocking Jennifer Lawrence for falling on her way onto the red carpet, just as she did when she accepted an Oscar last year for Silver Linings Playbook.

"If you win tonight, I think we should bring you the Oscar," said DeGeneres to Lawrence, nominated for her performance in American Hustle.

DeGeneres also spent parts of the show mingling with the crowd, taking selfies to post on Twitter (including one record-breaking star-stuffed tweet) and even delivering pizza to several actors.

Here's how NPR's Linda Holmes, Bob Mondello and others live-tweeted the night at #NPROscars: 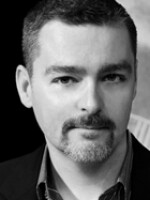