Politics & Government
Keystone Crossroads: Rust or Revival?
00000176-e6f7-dce8-adff-f6f771360000Keystone Crossroads: Rust or Revival? explores the urgent challenges pressing upon Pennsylvania's cities. Four public media newsrooms are collaborating to report in depth on the root causes of our state's urban crisis -- and on possible solutions. Keystone Crossroads offers reports on radio, web, social media, television and newspapers, and through public events.Our partner stations are WHYY in Philadelphia, WPSU in State College and witf in Harrisburg. Read all of the partner stories here.Pittsburgh’s WQED joins the collaboration as an associate partner. Support for this project comes from the Corporation for Public Broadcasting.

Pennsylvania has more trash in its landfills, per person, than every other state, except Nevada. There are 35.4 tons of trash for each person in the state, according to ananalysis of data from the Environmental Protection Agency's Greenhouse Gas Reporting Program, conducted by the energy company SaveOnEnergy.com.

All that garbage isn't just coming from Pennsylvanians. Pennsylvania imports more trash than any other state, much of it from New Jersey and New York.

Proponents say the landfill business provides jobs, boosts the local economy and feeds municipal budgets. That's the case in Throop, Pennsylvania, where $4 million of the borough's annual $6 million budget comes from host fees paid by a local landfill, as we reported in May. The landfill company will pay even more, including $100,000 each year to an area school district, if its plan for expansion goes through.

But residents in that area, and advocates across the country, are trying to curb trash production and limit landfills.

A few reasons: living near a landfill can be smelly, and it can lead to constant truck traffic as trash is hauled in from other places. Maybe more importantly, some landfills, especially older ones with less sophisticated pollution controls in place, also pollute the environment with methane and carbon dioxide gases created when garbage decomposes. Both gases contribute to climate change. Some landfills also leak contaminated liquid into groundwater and soil. And then there's the economic argument: people worry that landfills will turn off business owners who would otherwise consider investing in a region.

Save on Energy has some suggestions for residents who want to throw less away. Some will sound familiar: bring reusable bags when you go shopping, put leftovers in reusable containers, buy in bulk, and compost food scraps and yard waste. Other suggestions you may not have heard: purchase dish soap and detergent in concentrate forms, be aware of "double-packaging" (bulk items that are also individually packaged), and avoid buying clothing that's going to fall apart right away. That last suggestion can be expensive, of course.

There's always the option of cutting down on junk mail. And seriously, who doesn't want to do that?

Find more of this report on the site of our partner, Keystone Crossroads. 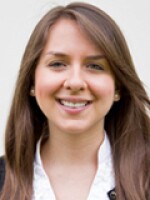 Marielle Segarra
Marielle Segarra was WHYY's Keystone Crossroads reporter. She reported for the multi-station partnership on urban policy, crumbling infrastructure and how distressed Pennsylvania cities are bouncing back. As a freelance radio reporter, her stories have also aired on Latino USA, WNYC, WBUR and other NPR member stations.
See stories by Marielle Segarra
Latest News From WESA