Reservists and aircraft from the 911th Airlift Wing at the Pittsburgh Air Reserve Station in Moon have joined the operation to airlift thousands of refugees and others who are awaiting evacuation from the airport in Kabul, Afghanistan.

The 911th is one of at least six air wing units from around the country to participate in the evacuation operation to “ensure safe passage of Americans and Afghan allies” from Kabul to other locations around the world, Air Force Reserve Command officials said in a statement Friday night.

The 911th is contributing 17 transport and refueling aircraft — C-17 Globemaster IIIs, C-130 Hercules, C-5M Super Galaxies and KC-10 Extenders — as well as 73 air crews and hundreds of maintenance, security, medical and support personnel to the operation. Reserve command officials described the airlift as one of the largest in history.

Air Force Reserve airmen in many cases are being blended with crew that also include Air Force active duty and National Guard personnel, according to the statement.

Air reserve units from Ohio, South Carolina, Alabama and California also are participating in the operation, which Biden administration officials earlier this week said has transported more than 100,000 U.S. citizens and Afghans since Aug. 14.

Those people include U.S. citizens, civilian allies, Afghans who are applying for special immigrant visas “and other vulnerable Afghans,” reserve command officials said in the statement. 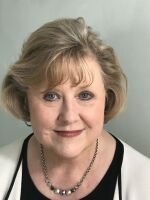 Cindi Lash
Cindi Lash joins Pittsburgh Community Broadcasting from Missouri Lawyers Media, a subsidiary of BridgeTower Media, where she began her tenure as editor in 2018. Before joining BridgeTower, she served as editor-in-chief at Pittsburgh Magazine for four years, acted as regional editor of local news startup Patch.com, and before Patch spent 15 years as a reporter and editor at the Pittsburgh Post-Gazette.
See stories by Cindi Lash