Help us celebrate 50 years of NPR by supporting WESA. Become a member today.
Please Give Now

Traditional Chinese medicine is gaining acceptance in the U.S., though still largely as a complementary treatment.

Mainstream doctors are mixed on its effectiveness. Still, as alternative treatments gain traction and the demand for Chinese herbs grows, farmers in Appalachia are responding.

The Blue Ridge Center for Chinese Medicine in Pilot, Va., is surrounded by miles of mountains, forests and farmland.

Outside the building, small plots of Chinese medicinal herbs grow on terraced slopes.

"A lot of these herbs we are going to let flower and be pollinated and grow for the seed because there is such a need for the seed," says David Grimsley, co-director of the Appalachian Medicinal Herb Growers Consortium, a new project based at the center that teaches others how to grow native Chinese herbs in Appalachia.

At the Appalachian Medicinal Herb Growers Consortium, the goal is to raise plants that meet the quality standards demanded by clinical practitioners.

In what looks like a well-organized kitchen, rows of shelves stack to the ceiling lined with neatly labeled glass canisters filled with dried roots, leaves and flowers. Grimsley pulls one down and opens the lid.

"This is Trichosanthes," he says. "We go by their Latin name as opposed to their Chinese Pinyin medicinal name, because we're farmers working with the herbs themselves and not the medicine. This is a perennial melon. And one wonderful thing about it is the skin is used, the seeds are used, the fruit is used and the root is used and they're all for something different."

Practitioners must be certified by the state, and not all states allow it. But growers see an increase in demand.

The renowned Cleveland Clinic opened the Chinese Herbal Therapy Clinic in January, one of the first herbal clinics inside a hospital in the country. Director Jamie Starkey, like most practitioners, buys her herbs from China, but she says she'd like to see high-quality medicinal herbs grown in the U.S.

"If the United States farmers can tap into growing Chinese herbs, but do it in a way where there's proper testing by third parties, they're able to identify the herbs properly, there's no contamination, no pesticides, you know, I think it's such a great opportunity," Starkey says.

Jean Giblette, a longtime grower who has studied the market, says 27,000 licensed practitioners work in the U.S. She estimates the market to be $200 million to $300 million a year.

"That's a conservative estimate, because once they're presented with fresh, domestically grown herbs I think it's actually going to change practitioner behavior," Giblette says. "It's going to encourage people who may be relying on manufactured products ... to go back to the traditional agricultural products."

Many herbalists say the most effective way to use medicinal herbs is to boil them twice, then discard them and drink the "tea" — a process known as decoction. It's exactly the way people in Appalachia have taken wild indigenous herbs for decades.

"This area of the Appalachians corresponds very nicely to the medicine belt in China, where a lot of the Chinese herbs are endemic — they grow naturally in the wild — so we're very excited to become a medicinal hub for Chinese herbs," Giblette says.

Since the project began in the spring, the Appalachian Medicinal Herb Growers Consortium has helped plant nine farms in the area. Grimsley says 20 more are on the way.

In the audio introduction, we incorrectly say that Robbie Harris of member station WVTF is in Charlottesville, Va. He's actually in Blacksburg, Va. 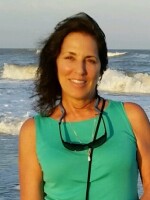