WESA's radio signal is down in New Baltimore. We are working on a fix.
Politics & Government

This is the third in a three-part web series looking ahead to 2017 with members of Pittsburgh City Council. Find part one here and part two here.

Pittsburgh Councilwoman Darlene Harris said that, as in previous years, her biggest concern in 2017 will be the staffing of police officers.

Although there were three training classes for police officers in 2016, Harris said that doesn’t mean staffing numbers will increase, or even remain steady.

“[Officers are] being recruited like a football team out to suburban areas, out to the sheriff’s office,” Harris said. “They’re leaving, or they’re retiring, to move onto another community, which really concerns me.”

The city’s new budget allots for 892 officers, the same amount as in 2016. But not all of those positions were filled during the past year. Mayor Bill Peduto said he hopes enough of the members of 2016’s class will stay with the city in order to fully staff the force by the end of next year.

Preventing crime through more robust police staffing and early childhood education is on Councilwoman Natalia Rudiak’s personal list of accomplishments in 2016 and her list of goals in 2017.

Rudiak led the charge this time last year to create the Office of Early Childhood, and she says the next step is to put together a bill creating universal pre-K for all kids in the city.  She said that starts with gathering the numbers, including the number of current slots in pre-K programs and how many additional slots are needed.

“What it would cost to increase the quality of existing pre-K slots?” Rudiak asked.  “There’s a lot of work and research that goes into doing a plan like this.”

Rudiak said studies show children that were enrolled in pre-K programs do much better in school and are less likely to be involved in the criminal justice system.

The councilwoman is also pushing to increase the number of police on the streets.

“City Council has always budgeted for 892 officers, but we haven’t been able to hit that number,” Rudiak said. She is hopeful it will happen this year.

The councilwoman said she is pleased with the Peduto administration’s effort to bring on more police recruits.

“This year we had… 151 police recruits in one year, which I the highest it’s been in about a decade.  That stands out as a really important highlight to me,” Rudiak said.

Rudiak said she spent a great deal of time in 2016 working with law enforcement, public health and human services officials to figure out how to take on the opioid epidemic that has found its way into her district and the rest of western Pennsylvania.  She says in the coming year, she will be working to find ways to help first responders when they come across addicts in the community.

Note: Due to a family emergency, Councilwoman Theresa Kail-Smith was not able to be reached before publication. 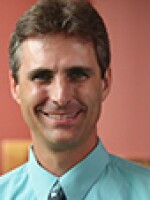 Mark Nootbaar
Mark Nootbaar is a native of Illinois but moved to Pittsburgh more than 16 years ago to become the Assistant News Director at National Public Radio Charter Member Station WDUQ. As assistant News Director, Mark served as WDUQ’s lead reporter and morning assignment editor. After WDUQ was sold in 2011, Mark moved with the frequency to the new station to become the Senior News Editor. In 2016 he returned to his reporting roots as Special Reporter and in that context oversees such reporting projects as 90.5 WESA Celebrates, Tech Reports, and more.
See stories by Mark Nootbaar