A summer camp that promotes international cooperation convened in Pittsburgh for the first time this year. The Seminar camp was founded after World War II, and this session focused on conflict resolution.

The Pittsburgh chapter of CISV puts on the camp. CISV International (previously Children’s International Summer Villages) was founded in 1951 by Doris Twitchell Allen in Cincinnati, Ohio. She wanted to foster peace after World War II by bringing together young people from different countries.

This year delegates from countries in North America, South America, and Europe participated in the three-week camp.

“[Through the Seminar camp] delegates learn how to work with kids from other cultures, as well as develop problem solving, negotiation, and leadership skills,” said Gina Wynn, CISV Pittsburgh’s Seminar planner.

This is the first time the Pittsburgh branch has hosted a Seminar, which is aimed at 17-18-year-olds.

Participants in the Seminar plan and develop their own projects based on each session’s theme. This year, many of the activities featured discussions around incarceration and prison systems in each country.

According to camp director Tim Ogawa, delegates came to camp with ideas for mock scenarios, discussions, and presentations around conflicts in their countries. They spent time comparing lived experiences.

“When the camp starts, they sometimes discuss stereotypes and preconceptions, like the idea of ‘ugly Americans,’ or the legacy of World War II,” says Ogawa. “As they meet one another and develop friendships, those things don’t matter as much, because they begin to see people for people.”

Delegates also cook and live together for the duration of the program.

“It definitely builds life skills,” says Wynn. “Some of them have cooked, and some haven’t cooked before. It builds a sense of cooperation and compromise, assigning roles and learning to live together.”

Along with their camp activities, the delegates served food at a soup kitchen, and immersed themselves in Pittsburgh activities like visiting the Strip District and attending sports games.

Michael Modo, a past leader with a CISV program, attended the group’s recent Open Day with his 4-year-old son. Delegates led an exercise in which participants wrote their dreams and goals on paper, placed them inside balloons, and defended them from being popped.

“It was nice to see what [the delegates] were doing and how they were using play to talk about complex issues,” said Modo. “Part of the underlying philosophy of CISV is playful interactions that help the group approach more difficult subjects.”

“It’s a really nice experience for them—it’s different from being a tourist. They really get to experience what life is like, the houses and neighborhoods and even what food people here eat for breakfast,” said Modo. “They were looking forward to meeting other young people.”

Modo is originally from Luxembourg, and has lived in five countries. He cites CISV as formative in his love of travel, and thinks the program is relevant today.

“We’re seeing more and more arguments about people in today’s political climate, as an immigrant I need to put myself out there and show what we can contribute,” said Modo. “That’s part of the reason I got back involved in CISV with the Pittsburgh chapter.”

In order apply to attend a Seminar camp, delegates send their applications and references in through their national chapter. Each country can send up to four delegates. CISV chapters also do local community services, and the Pittsburgh chapter, which has been in operation since 1989, is one of 26 chapters in the U.S. 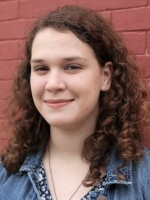 Julia Maruca
Julia Maruca is a rising junior at Boston University studying journalism and environmental science. During the school year, she writes for the BU Daily Free Press student newspaper as well as a BU Earth & Environment student publication, The Emerald Review. This summer, she is interning with the Confluence, and continuing to learn more about radio production and writing. She hopes to cover community and science news in the future.
See stories by Julia Maruca