A cacophony of car horns filled Downtown Pittsburgh and a handful of other city neighborhoods Monday as demonstrators called for the extension of a statewide eviction moratorium.

Gov. Tom Wolf’s administration reiterated that he will not extend his executive order halting evictions and foreclosures in Pennsylvania, saying that he is legally prevented from taking further action. In a statement, Wolf's office said it had explored the possibility that it could build off of the Federal Housing Administration's Thursday extension of its national foreclosure and eviction moratorium through December.

“But after a thorough legal review, we have determined that the governor cannot extend the executive order to reach additional Pennsylvanians who are not benefiting from the federal extensions and a legislative fix is necessary in order to protect homeowners and renters from eviction,” Wolf's office said.

The Monday demonstration that included a line of vehicles with protest signs began outside of the former Shop ‘N’ Save in the Hill District.

Celeste Scott, an affordable housing organizer with Pittsburgh United, said she’s been evicted before, and that the legal ramifications of the process follow a tenant.

“Eviction is a scarlet letter,” Scott said. “So if you get an eviction on your record it doesn’t come off. Even if you’ve taken care of whatever needs to be taken care of, that eviction doesn’t show who you are as a person. That eviction follows you.”

Housing advocates predict a rush to Pennsylvania's courthouses and a wave of evictions once the moratorium expires.

Activists are calling for more affordable housing in the city, saying people given low-income housing vouchers often have to wait long periods of time for a sustainable place to live. @905wesa pic.twitter.com/OJGlPijO25

Outside of the Allegheny County Courthouse, the drivers in cars covered with “Protect Black Renters” and “Cancel Rent” signs, honked their support of the moratorium extension. There, Democratic Allegheny County Councilor Olivia Bennett took a microphone attached to a speaker system atop a truck and said she doesn’t understand the logic of letting the moratorium expire.

“There’s no reason why, when we know we will be in this pandemic for at least the rest of the year, why we are not extending the moratorium,” Bennett said.

Advocates leading the rally asked for an extension through at least November; Allegheny County Council passed a motion in July urging courts to prevent evictions through December.

Wolf, a Democrat, last week said he does not have the legal authority to extend the moratorium beyond August, and urged the state's Republican-controlled Legislature to pass legislation to extend the statewide moratorium, which for almost six months has shielded renters from losing their homes for failing to pay rent during the pandemic.

Earlier Monday, Wolf had briefly made it sound like he might reverse himself and extend it. Asked if he would, he replied, “you have to wait and see.”

The state House of Representatives returns to voting session Tuesday and the Senate was scheduled to return next week. Republicans have said they will discuss the matter, but gave no promises.

Like many Democratic and Republican governors and local officials around the U.S., Wolf imposed a moratorium on foreclosures and evictions to prevent people from losing their homes in the midst of the virus outbreak and widespread joblessness.

Celeste Scott said until additional unemployment assistance programs are in place, people should not be expected to pay full rent.

“This was already happening before,” Scott said. “And just laying a pandemic on top of this had made it just an unconscionable crisis.”

“We really, truly need emergency housing,” Hardeman said. “They need to build more affordable housing ... instead of tearing it down.”

On July 9, Wolf extended the statewide moratorium until Aug. 31, saying renters needed more breathing room. A landlords group and individual landlords tried to get the moratorium overturned, but the state Supreme Court dismissed their suit.

The Associated Press contributed to this report.

Katie Blackley
Katie Blackley is a digital editor/producer for 90.5 WESA, where she writes, edits and generates both web and on-air content for features and daily broadcast. She's the producer and host of our Good Question! series and podcast. She also covers history and the LGBTQ community. kblackley@wesa.fm
See stories by Katie Blackley 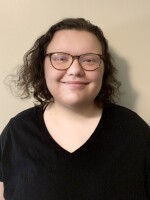 Mary Rose O'Donnell
Mary Rose O’Donnell is a student at the University of Pittsburgh studying Information Science and Digital Narrative and Interactive Design. She currently serves as the managing editor of The Pitt News. Mary Rose is also one of Pitt’s first year mentors, where she helps incoming students adjust to college life. In her free time, Mary Rose enjoys journaling, working with technology, and listening to podcasts.
See stories by Mary Rose O'Donnell