On Sunday, Pittsburgh officially began a paid sick leave policy that guarantees earned time off for any full or part time employees who are sick or caring for sick family members. The policy, which was passed in August 2015 but was delayed because of a lawsuit, is being implemented just as public health experts warn that roughly half of Allegheny County residents are expected to acquire coronavirus over the next couple of months.

A 2018 study found that policies like this have cut flu infection rates by as much as 40% compared to cities without paid sick leave policies, by reducing the risk of illness transmission.

The University of Pittsburgh conducted a study in 2013 that simulated spread of flu transmissions, and found that universal access to paid sick leave reduced workplace flu infections by 6%. University of Pittsburgh public health professor Steven Albert estimated that about 12% of flu transmissions occur in the workplace, largely when people come to work feeling sick. Though a 6% reduction in transmission may seem like a small number, it translates to many more people staying healthy.

But Albert said it’s likely too late for the city’s sick leave policy to have a substantial impact on the coronavirus, because people need to work in order to accrue sick leave. At businesses with 15 or more employees, employees receive one hour of paid sick leave for every 35 hours worked. For smaller businesses, employees can accrue unpaid sick time at the same rate. With local businesses shutting their doors or scaling back hours in an effort to stop the spread of coronavirus, many workers will see the accrual of paid sick leave slow down for the foreseeable future.

“It may be too late for this policy to do too much. But imagine we had such a thing in place; it’d be easier for people to stay home when they feel that something is coming on. I think it would probably be a boon,” Albert said.

Albert said that it would be better to frontload paid sick leave so that people don’t have to wait to accrue sick hours before they can stay home from work; that’s a view shared by local advocacy group Pittsburgh United, which fought for the sick leave ordinance.

Albert said the coronavirus pandemic highlights the importance of having a stronger public health policies that include paid sick leave.

“I don’t think we’re there yet, and something like this shows all the weaknesses,” he said. 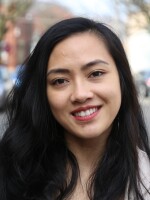