Moondog’s Pub in Blawnox and the 183-year-old Brown Chapel AME Church on the North Side are among the many locations that Doors Open Pittsburgh – a nonprofit organization that offers tours of Pittsburgh buildings – will include in its 2020 series of 13 themed tours.

The tours will offer residents the opportunity to explore Pittsburgh’s music scene, its diverse religious spaces and its LGBTQ history.

Bonnie Baxter, executive director of Doors Open, founded the program in 2016 as an opportunity for participants to tour dozens of Pittsburgh’s buildings throughout Downtown and the Strip District. Last year, Doors Open expanded from its annual event to include four specialty tours, some of which – like an ethnic neighborhood tour – will be updated for this year’s series.

“It allows Doors Open to get people into additional neighborhoods and buildings that we wouldn’t be able to make available during the annual event,” Baxter said to WESA’s The Confluence. “So it’s just another way to keep the rich heritage and the wonderful stories about Pittsburgh and its people present and in front of people throughout the year.”

Baxter was inspired to bring the program to Pittsburgh after attending Open House Chicago, a similar event in that city. She said her favorite part of organizing the tours is hearing Pittsburgh natives surprise over what they learn about their city. She also appreciates the number of participants who come from other areas for the event.

“There’s almost 25 percent now that are coming from outside of Pennsylvania,” she said. “That number grows year to year.” 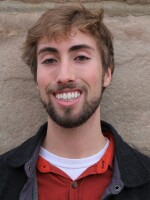