Yes, there are a lot of stinging insects buzzing around Pittsburgh. It's their peak season

Colorful autumn leaves aren’t the only things reaching their peak in Pittsburgh. Stinging insects like wasps, bees, and hornets also are reaching their maximum size and number now.

Penn State Extension assistant research professor and entomologist Michael Skvarla said that over the winter every member of the colony dies off except for the fertilized queens, who go into hibernation.

Then, at the turn of the spring and summer months, these queens emerge once again to begin building new nests from scratch. Colonies can reach anywhere from 50-5,000 critters, depending on the species of the queen. Nest building lasts until September or October, which is when the created colony reaches its peak population.

“They have as many workers as they're going to get. They've been there all season, but because they've been fairly small up to this point, people often don't see them [until the fall].” Dr. Skvarla says.

But why are these bugs so pesky?

Yellow jackets, paper wasps, and bald-faced hornets, which are common in Pennsylvania, undergo shifts in diet that cause them to become more attracted to the foods we eat.

“Many species switch from being predatory to either scavenging because there's not as many insects around for them to hunt or going after carbohydrates. So they'll go after things like soda and garbage and other kinds of sugars,” Skvarla said.

As long as you are not allergic to these kinds of stinging insects, there’s no need to worry about them too much. Besides causing a temporarily painful sting, they don’t pose a serious threat to people.

Despite the annoyance they may cause, Skvarla said there is great value in having these critters around.

“The benefit that you get from the predation of the wasps hunting other insects [and the pollination they perform when feeding] is more than the small risk of being stung.”

Whether they are buzzing around your nachos while you’re watching the Steelers or building nests in your backyard this fall, remember that wasps, bees, and hornets are much more helpful than they are harmful. 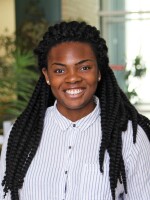