U.S. House Majority Leader, Rep. Steny Hoyer (D-Md.), traveled to Pittsburgh to tout Democrats as the party of actions not words before the election.

He highlighted the city’s fast work to repair the Fern Hollow Bridge this year as an example of the broad funding commitments Democrats in Congress have made over the past year to tackle a variety of problems, including infrastructure repairs, microchip manufacturing, climate change and health care costs.

Hoyer’s speech came shortly before the Republican House Minority Leader, Rep. Kevin McCarthy unveiled a new “Commitment to America” at an event in the Monongahela Valley. McCarthy pitched his speech as a revised version of the Republican “Contract with America” in the 1990s, which Republicans believe was central to winning Congressional elections. In an introductory video for the event, McCarthy blamed Democrats for rising inflation, saying "Americans are struggling just to get by ... [and] the country's struggle goes beyond just the grocery store.”

With only six weeks until election day, Hoyer tried to recast economic challenges, such as rising inflation and interest rates, as a strength for Democrats. He highlighted the 10 millions jobs created so far under the Biden administration as “the fastest job growth in American history. There are more Americans working today than before the pandemic.” He also pointed to four pieces of legislation that he believes symbolized the Democrats willing to take action to address economic challenges.

The American Rescue Plan provided money to reopen schools and vaccinate residents, while providing economic relief to ordinary people through stimulus checks, he said. The CHIPS Act was passed to address a shortage of microchips that was hurting the automobile industry and provide balance in an industry dominated by China. The Inflation Reduction Act expanded health insurance and would provide hundreds of thousands of jobs to fight climate change for years to come, he said. Less than 10% of House Republicans voted for these bills.

“I don't want to hear your words. What I want to see is your action,” he said. “And that's what we've seen in this Congress from Democrats.”

Hoyer also took credit for the “bipartisan infrastructure bill” because the vast majority of House Republicans voted against it. Bernie Hall, a United Steelworkers director, took umbrage at Republican opposition to a bill expected to create millions of jobs.

“It really makes me angry that Representative McCarthy comes to our hometown — my hometown — to tear down the legislation that has benefited millions of working-class individuals in an attempt to salvage the campaign of some poor candidates,” he said.

The locations of the two speeches were symbolically important, according to Hoyer, who pointed to the repair of bridges in Pittsburgh as an example of Democrats taking practical actions to address economic challenges. The transformation of Pittsburgh, from a city focused on only steel and industrial manufacturing, he said, to advance robotics and innovative medicine was an example of the kind of economic transformation that the Democrats’ four legislative achievements would promote.

“I've spent enough time here in Pittsburgh to know that this is a city of makers, not of MAGA,” Hoyer said.

Hoyer’s speech focused largely on how recent legislation would impact the economy, digressing to social issues only to talk about the threat to abortion access after the fall of Roe v Wade.

McCarthy’s plan, by contrast, aims to unite the economic wing of the Republican party, which wants smaller government and lower taxes, with members more focused on social issues, such as opposing immigration, abortion and rights for transgender people. 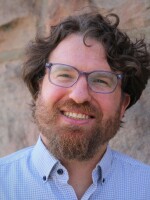